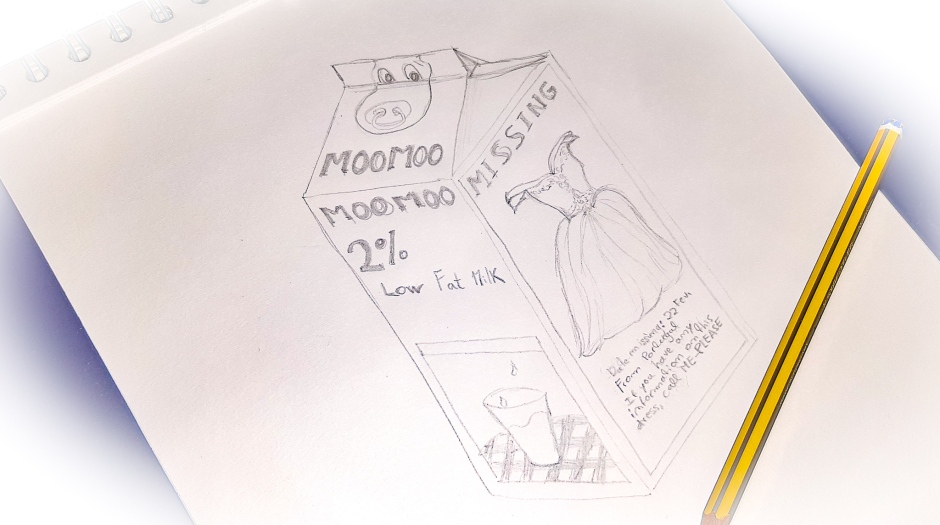 This isn’t a joke. It was March 14th 2020, my wedding was supposed to be in 2 months, we were living a f*cking full fledged pandemic, I was starting a post graduate program along with a new full time job, so I needed something to provide me with the stress I was clearly lacking. I guess a missing wedding dress would do it.

I’m not a cheap bride. I wasn’t looking for a deal. I got my dress at a respectable, well rated store. Well. That store was sold at the end of last year. And the new owner is, for the lack of a better word, hum, ratchet.

Telling it from the start: my wedding was scheduled for mid May of this year (and yeah, that ship has sailed), and I ordered my wedding dress in August of 2019. As you can see, plenty of time. I’ll be insisting on this type of details to prove to you I’m not the one to blame.

February of this year I was called in for my first fitting. The girl that contacted me was the consultant that helped me choose my dress – mind you, the store is really small so they only have one bridal consultant, that was this girl. I really liked her, so I was giddy. However, when I got to the store for the fitting, that girl wasn’t there. Instead, there was a new owner, and a new seamstress. The owner told me the consultant took some days off – which as soon as we stepped out of the store, my mother (that I took with me) told me was bullshit code for “I stopped paying my worker, so she stopped showing up for work” – and as we later confirmed, she was right.

The presence of the seamstress was also odd. I was told previously that the dress would be sent back to the factory for any alterations. And now there was a local seamstress because the new owner said she wasn’t sending back the dresses to the factory that was back is Israel (we’re in Portugal) so as to not risk them not arriving on time.

I did the fitting and the owner kept telling us that nothing needed adjustment when, obviously, it did. It’s not just that it was the first fitting – there was an entire piece that came detached and still needed to be stitched to the f*cking dress.

My mother was there, and she didn’t let those things fly. She kept pointing out what needed to be adjusted – and the seamstress agreed. This seamstress woman also seamed to know (ha! couldn’t resist the pun) what she was talking about – and that gave us some sense of security.

After the fitting was done, I took out the dress and was bare in clothing and in soul. It was time for the rest of the payment. I put down a 50% deposit when I ordered, and supposedly had to pay the rest when it arrived. And if I needed any confirmation of the sketchiness of the situation – if the giant acrylic nails, if the “everything’s on sale” rhetoric, if the verbal diarrhoea of plastic surgeries she’s done wasn’t enough to prove it to me – the reaction of the owner when I wanted to pay by card was the last nail on the “RUN” coffin I was into.

Of course, the payment terminal didn’t work. We tried 5 times. Kept getting the same weird error. I had no previous problem paying the deposit with the card. Suddenly, there was a problem. Since this was too big an amount to get from an ATM, she told me to make it by transfer to a certain account number. Sketchy, sketchy, sketchy. But I did, because with a transfer there’s proof that you paid it. I pity the fool, if there is any, that paid in cash.

She told me she would send the receipt by email. Did you receive it? I didn’t either.

This was February 22nd, and I was also told that by the 14th of March we would be ready for the second, possibly final, fitting. Okay.

About a week and a half in advance I call to confirm. She told me the dress would actually arrive the next day. All good for March 14th.

A week before I sent a text again, to confirm. My mom would be coming from out of town and we have to buy the train tickets, so I wanted to make sure the date was correct. All good and confirmed. March 14th, a Saturday, at 14h00.

Fast forward to the Friday before, at halt past midnight, when I get a message saying the dress wasn’t ready and that they have to cancel the appointment. At half past midnight. “Not done yet, sorry”.

I didn’t let that fly. I immediately responded back, demanding an explanation, calling out how irresponsible it was for her to tell me at half. past. midnight, literally the DAY OF THE FITTING, with a train ticket already bought for my mother… and a sinking feeling that something was wrong. Since she was responding at that hour claiming that the dress was still at the factory (so what was the seamstress for?) in France (wasn’t the factory in Israel two weeks prior??), I called. If she had the nerve to text me at that hour, (probably hoping I was asleep and wouldn’t respond back right away) then she could be woman enough to pick up the phone.

Thankfully she did. Later on that turned out to be a rare event.

She fed me the same crap that was in the texts – and I pretended to slurp it all up because I just wanted to say that I wanted to get the dress back, even with no alterations. Mind you, corona vírus was starting to send us home and I still had the foolish hope my wedding would happen on May 16th and the reasonable belief that my dress would never be ready at that store. Because if you don’t pay the consultant, you don’t pay the seamstress. So I needed to get the dress to a seamstress in time or risk not having it ready.

Plus, I had already fully paid for the dress. Funny thing, huh?

She ended the call saying the Fedex guy was scheduled to stop by the store in the next morning and he might have the dress, and she would call me to confirm if I could stop by to pick it up, warning me it would have no alterations. Hm.

So, the dress basically must have telepathically heard my appeal all the way from the brand new factory in France and teleport itself to some Fedex guy’s truck, and that same guy somehow guessed that dress was supposed to be delivered to that store. Or maybe the dress told the guy where to go.

Either this was a lie and the dress never left the city, or it’s a better story than the immaculate conception. Choose what you want to believe.

Next day, no call from the b- , ahum, lady. So I called her. Multiple times, since she wouldn’t answer. Finally she sends a text, claiming she didn’t answer because she was with a client – which was funny, because after that text I went by the store, because I live nearby, and it was closed. She must be doing house calls then. Her and the doctors. How noble.

In that text she claimed she wasn’t able to go to the post office to collect the dress, only on Monday which was when they were open. Aaaaah. So no Fedex guy. The dress teleported itself to Portuguese postal services’ warehouses. Must have been a interference in the communication between her and the dress. You know how that goes. A lot of white noise with wedding dresses.

I swear I’m not making this up. If I did, it would make a lot more sense. I’m not mentally able to come up with such incoherent and implausible excuses.

Monday arrives. No call from her, obviously. So I send a text. No response. So I call. She doesn’t answer, not the first, not the 1384th, but eventually she does send a text with some excuse about a headache, “Wednesday for sure” it would be there for me to pick it up.

You know, the dress I already fully paid for.

I was getting more and more desperate. I went to their website – it was down. Went to their Facebook page, and the only update was an ad for a bridal consultant position – to start immediately. Not surprised.

Wednesday came, and boy was that a bad day. No call from that woman, but one from our wedding venue telling us to postpone the wedding. November 28th was the soonest possible date. NO. Just no. This was supposed to be a May wedding, I wasn’t going to have it during winter. The idea that we would have to postpone it an entire year was starting to settle in. We ended that call without coming to a decision, thinking about everything it involved – guests, deposits, honeymoon- it was crushing. And everybody is suffering with this, the wedding industry being one of the most affected, it’s really nobody’s fault so I can’t be mad at anyone…

I don’t know how many times I called. She kept not picking up, so we stop by the store mid afternoon. Closed. I ask my boyfriend to call. He was still an unknown number to her, so GUESS WHAT? The b*tch picks up! The nerve!

Immediately he says we’ll go wherever to pick up the damn dress – because now the story was the dress was being delivered to her house because the corona vírus wouldn’t allow her to open the store.

Also her sister in law called her in the morning telling her they were closing down the city of London due to corona and she was afraid their would hurt the children. This was literally what she said. WTF? WTF?? Was she trying to pass for crazy? Like claiming insanity to be cleared from her hostage crimes? We’re in Lisbon. The factory was in Israel aka France. By this time my dress has Stockholm syndrome.

WHAT THE HELL DOES London HAVE TO DO WITH IT??

My fiance ends the call with an arrangement to get the dress the next day, that would be Thursday, at this woman’s house. That phone call was the last time we spoke to her.

I’m going to pause the story here because it’s huge as it is, and I’m emotionally drained, so I’ll make it a two part post.

It also was around this time that I took a break from posting on this blog. With the wedding being postponed, all the trouble the corona vírus was starting to cause, and my post graduate program starting to pick up pace in terms of workload, I just wasn’t in the right mood to write. I had to give it some time for me to be able to see the funny side of things and crawl out of the depressing sadness hole I dived into at the end of March to be able to post again.

That or I killed the lady and it took this long for me to get access to wifi in prison.

See you on part two.

2 thoughts on “My wedding dress was taken hostage.”